Lemon Clocks’ Songs for Another Time

Over the years, Rock Indiana has released some of the best power pop around. I was first introduced to Rock Indiana roughly 20 years ago when they released The Records’ first post-Virgin LP, a quick one-off that was recorded in preparation for a hastily planned tour of Europe. Although distribution was almost non-existent in the states, Rock’Ola was classic Records and deserved much better. Today, the Spanish label is still releasing terrific power pop albums and The Lemon Clocks’ Songs for Another Time” is a more than worthy effort. 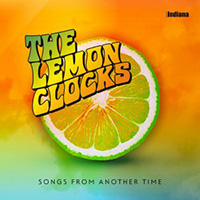 While this effort is steeply influenced by 60’s psychedelia, it draws liberally from power pop and bubblegum wells, too. “Mystery to Me” features great harmonies and a tambourine that’ll being you right back to the 60’s. “On My Way” is propelled along by a guitar line that lies somewhere between The Inmates’ “Dirty Water” and The Romantics’ “What I Like About You”. The middle feels like it was lifted from the Bay City Rollers’ “Saturday Night” and it fits perfectly.

My favorite track may be “Dana the Forklift Driver Girl”. Lyrically, it’s something you might expect from Scott McCaughey or John Ramberg of The Tripwires. Every time Jeremy Morris sings the chorus, “She says oooooop-sy”, I laugh inside a little bit. It’s just so damn clever.

The Harrison-esque guitars of “What You Are” are a joy to listen to. The bass line of “Do You Feel Alright” absolutely feels alright. The same could be said for “Just a Song”. It’s kind of a hybrid between “Just a Northern Song” and “This Song”. The phallic “Happy Helmut” fits in perfectly with the whole 60’s psyche-bubblegum vibe that’s going on here.

The Lemon Clocks Songs for Another Time is so much more than just an exercise in nostalgia. Yes, it works effectively in that way, too. However, Morris and company have pulled in bits and pieces from the last few decades of power pop to create a strange brew that is particularly satisfying.

Get this one at Kool Kat Musik.

In the event that you’ve not yet heard The Lemon Clocks, here’s a track from their 2012 release entitled “The Man Who Lost the Time”. Enjoy.