With his Marc Bolan/Ian Hunter hair style, Wesley Fuller looks like something out of the 70’s. And his new release, Inner City Dream, sounds like it, too. Every song has its unique appeal from the hand claps in the title track to the cheesy organ in “Morality”. Most significantly, each and every song is well crafted and tuneful. Not a wasted moment, it’s all hooks all the time. 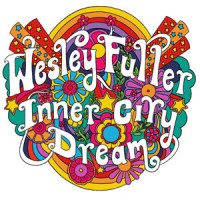 It’s worth noting that Inner City Dreams is truly a one man effort. Fuller has written all the material, recorded and produced it himself. He’s melded different elements of 60’s and 70’s pop including glam, power pop, and bubblegum into a catchy and engaging sound and done so without sounding tried or cliché.

As well as the radio friendly songs mentioned above, the aptly named “#1 Song” might have been prophetic had this been 1972. “#1 Song” is as catchy as pop gets. It has quickly become one of my favorite songs of the year. As well as being a nod to Weezer, “Biggest Fan” carries on the same thematic tradition as Material Issue’s “The Fan” and to a lesser extent the Super Deluxe classic “Famous”.

Wesley Fuller’s Inner City Dream is highly recommended. Get the digital product from Amazon or the physical CD from Kool Kat Musik.