For those looking for new music from Lannie Flowers, there’s great news. 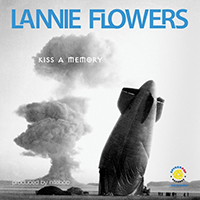 Firstly, his new single is out. “Kiss a Memory” is classic power pop in the same vein as 2012’s Same Old Story and will no doubt please old fans and make new ones. Then there’s the track he recently did for Andrew Curry and his Bond tribute entitled Bond Songs: The Music of 007. He’s been writing and recording with Bill Lloyd and producing projects for SpyderPop Records. BUT WAIT. THERE”S MORE.

He’ll have a song on the new Matthew Sweet Tribute and he’s been “working on a new album tentatively titled Home“. HOLY CRAP.

So, to summarize, here’s what Flowers is currently up to:

1. New single “Kiss a Memory” (Get it HERE)
2. Album on the way (tentatively titled “Home”, expect it later this year)
3. Recorded Bond Theme for The Music of 007 (Get it HERE)
4. Song on the new Matthew Sweet tribute (not out yet)
5. Songs co-written and recorded with Bill Lloyd (not yet relased)
6. Producing projects for Spyderpop Records.

While you’re waiting for some of the above projects to be released (and after you pick up the new single), give Same Old Story a spin. If you’re not familiar with it, I strongly suggest you do so. You can get that one HERE.

When we learn more on any of the above, we’ll post an update.