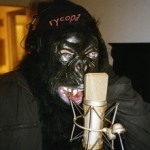 It was not unusual for me to share recordings with fellow music geeks in Belgium, Spain, or Atlanta, for that matter. Basking Ridge was an unusual place from which to be wheeling and dealing with the rest of the world, I suppose. A collector in the Atlanta area sent me an extra recording in our trade, something that one often did when anticipating future trades with the same collector. The extra recording consisted of two tracks by a band I’d not heard of. Uncle Green, was a popular act in the southeast, I was told.

I never found anything else from them and, while I liked the songs enough, never gave the recording a second thought.

Fast forward ten years. I moved from that small town in New Jersey to somewhere much closer to Atlanta. Naturally, I now have a keen interest in anything powerpop related and indigenous to these parts. I admit to being pleasantly surprised at the area’s rich powerpop tradition.

Then seemingly out of nowhere, Uncle Green’s RyCopa shows up.

From what I understand, RyCopa was the band’s swan song, their last ditch attempt at big label success after a couple of marginally successful LPs and some notoriety on the college radio circuit. Sony decided not to release it and the master tapes spent 14 years in a record company warehouse. Only when Russell Carter got involved were the tapes located and the guys from Uncle Green get their masters back. 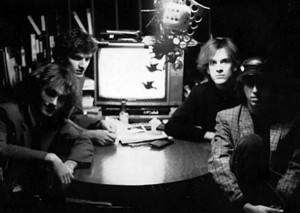 The band employed KickStarter, the fundraising platform, to raise the $4000 necessary to remaster the tapes and the final result is now available. And the ultimate irony? The birthplace of the band and where each of it’s members – Matt Brown (vocals, guitar), Jeff Jensen (guitar, vocals), Pete McDade (drums) and Bill Decker (bass) – attended high school was none other than Basking Ridge, NJ.

Rycopa consists of 32 songs (that’s right, 32!) and the influences are all over the map. To list all would be difficult so I’ll stick with my favorites. Picture REM with a bit more of a Seattle grunge thing going on and you’ve got “Dymaxion”, a killer track and one of my favorites on the disc. Think REM meets Super Deluxe, sorta.

I love a band with a sense of humor and Uncle Green certainly had that as evidenced by “It’s a Red, Red, Red, Red, Redneck World” and “Lucy in the Streets with Dimatapp”. “St Lazarro” may remind you a bit of Squeeze. There are quite a few other worthwhile tracks on the disc, stylistically running the gamut from powerpop to punk to grunge. My only criticism is that, while there’s plenty of material for an outstanding fourteen or fifteen song LP, a double album of 32 cuts may have been a stretch. But then, if I had to wait 14 years to get my music released, I’d be inclined to throw in everything but the kitchen sink too.

Lets give credit to Kickstarter, the platform that also made recent efforts by Dave Birk and Cotton Mather possible. The band has hinted that this may not be their last release.