My interests are diverse and while I enjoy reading about many different things, there are three types of books that have always stood out as being more enjoyable than others. They consist of short stories, humor, or anything written by a rock star (or at least a decent powerpop artist). Thanks to Dave Hill’s most recent book, we get all three rolled into one. That’s a tri-fecta for someone as lazy as me.

And since I couldn’t find a way to exploit this situation and turn it into three reviews, you’ll get just one. But it will be one kick-ass review, I promise. Here’s my take on Dave Hill’s new book. 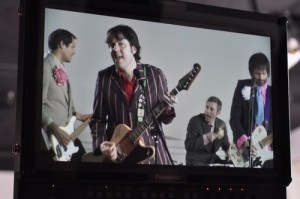 With short stories about everything from his experience with an internet model (yes, meaning one from a website similar to https://www.tubev.sex/ as an example) to his participation in a nude cruise, there’s plenty here to chuckle about. We learn of his desire to be Santa Claus (and a bad one, at that), his high school hockey career at St. Ignatius, and his bout with depression, which seems to be a prerequisite to becoming a standup comic. I’ve never met one who wasn’t. 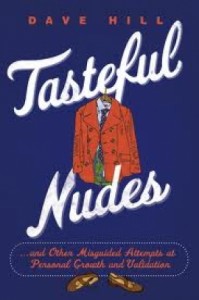 The best stories though, are the ones about music. From his church band learning Richie Blackmore’s “Smoke on the Water” to the discovery that his adult band, Valley Lodge, were “big in Japan”, his observations and experiences are often hysterical.

From the chapter entitled “Big in Japan” as Hill describes his reaction to the crowd that had packed in an Osaka club to see his band, Valley Lodge:

“Are these people here to get their asses handed to them by our gravity-defying hot rock action?” I wondered. “Or are they just here to watch a bunch of old dudes muddle their way through a couple songs before they start pelting us with beer bottles, ash trays, and whatever else they can send sailing at our heads?”

There was only one way to find out. So I gave my bandmates one of those hot rock nods that signifies the start of a hot rock show and we launched into our first hot rock jam. And that’s when something crazy happened. The people in the audience actually knew the song. They even sang along.

Like my favorite writer of all time, Jean Shepherd (who also happened to be from Cleveland), Hill knows his way around a good story. And like Shepherd, he makes you feel like your privvy to an inside joke. I’m not comparing the two, mind you. No one comes close to the storytelling genius of the author of everyone’s favorite Christmas movie, “A Christmas Story”. But, just as Shepherd did, Hill allows us to laugh at ourselves under the guise of laughing at him.

And there’s even a story that may bring a tear to your eye. It did mine. If I could ask Dave to summarize his book, I bet I know what he’s say.