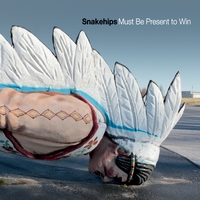 CD Review: Snakehips’ Must Be Present to Win is Nile-esque Powerpop 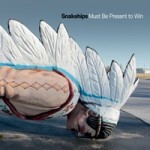 On the opening cut, Tennessee, Harrison sounds like Willie Nile possessed. He snarls and slithers his way through while giving us a generally negative view of the state in which he resides, based on his experiences since having moved there from Alaska, I would suppose. I would add that my Tennessee experiences are very different and I probably don’t share his politics, but there are a few observations one cannot argue with here.

The next song, Swinger, is a satirical look at casual sex and the band goes country on Live Free or Die. New Day is a poppy, upbeat (mostly) song with an undeniable hook that sticks with you after a single listen. The tempo slows down on Beautiful Mistake then picks right back up on the CDs best tune, Tonight, which I would have thought had been lifted right off of a Willie Nile record if I didn’t know any better. This song alone is worth the price of the disc.

One thing I can definitely agree with Harrison on is his fondness for Alex Chilton’s music. Apparently, he was introduced to Chilton shortly after moving to Memphis and spent some time around him. This influence becomes evident after repeated listenings. Having learned that Harrison has been doing this since the early 90’s, I’ve got to go back and find Snakehips’ first release, Lit, and subsequent recordings Turn You On (2001), Monster Bars (2004), and 2010’s Month of Sunday’s.

For the most part, powerpop has been and should be apolitical in my opinion. But this is election day after all, and Must Be Present to Win is a pretty good effort and one that any fan of spirited song writing and the occasional killer hook would appreciate.

Check out the latest video for Snakehips’ Tennessee…..